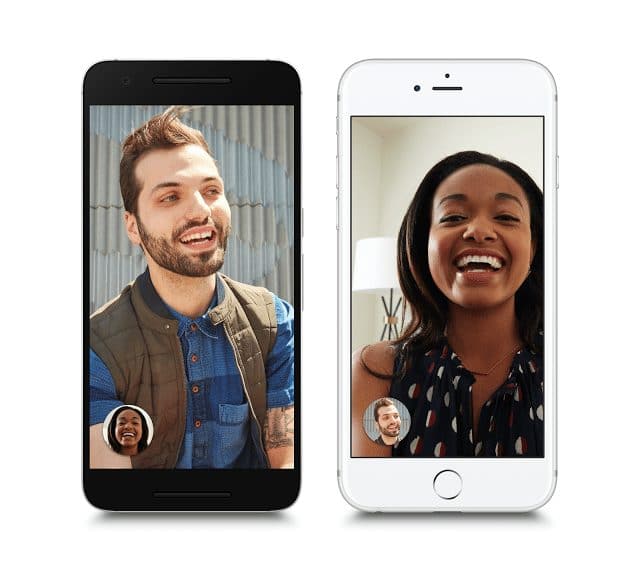 Can Google Duo Be The New Facetime?

Google has never really recovered from being a verb.  Ever since ‘google’ entered the common lexicon as synonymous with running things through a search engine, the company has been trying to push every single one of its ideas into the same level of ubiquity, with varying degrees of success.  Remember Google+?  Me neither.

But for all their successes, Google must push onward, putting their hands in as many markets as possible, and frequently achieve this goal.  Gmail, their email platform, enjoys extremely widespread use.  And Google clearly has very similar hopes for their most recent communications venture, Google Duo.

Google Duo is a video call app, designed to work across multiple devices and platforms.  The app itself is highly streamlined.  To use, simply:

2) Once a list of people you can call is automatically generated, select the person you want to call from either a full list of contacts, or a smaller list of recent contacts.

The entire process is simple, and is designed to be intuitive to anybody already familiar with smart phones and how they work.  Of course, unlike more universal phone use, such as calling or texting, Google Duo is of limited to use for contacting someone who does not already have Google Duo installed on their phone.

While Google does hope to combat this limitation by spreading the app’s appeal through word of mouth, this uphill battle won’t be an impossible one; there have already been multiple video chat programs that have worked their way into vernacular English.  Skype, one of the first major video chat services, was synonymous with video chat for years, despite being rife with weird glitches and frustrating errors.  FaceTime, the Apple device equivalent, has been getting the same linguistic treatment, albeit in something of a begrudging fashion.

For those playing along at home, Google Hangouts never achieved this level of notoriety.

While there certainly is something to be said for attempting to simplify what’s historically been an unnecessarily complicated process, and it isn’t exactly surprising that users can’t contact someone without the app, there’s another feature that app is pushing, which is called Knock Knock.

Knock Knock is a preview of who is calling you.  However, even the app’s official website notes that Knock Knock will not engage unless the app is already open.  This feature, especially given this limitation, seems baffling for its inclusion (as an enhanced caller id), until you picture a group of very serious business men saying the words ‘Knock Knock’ over and over again utter sincerity and focus.

Overall, while this app is useful and very simple to use, it probably isn’t worth downloading unless you’ve become entirely fed up with your current video chat platform, or somebody asks you to interview with it.