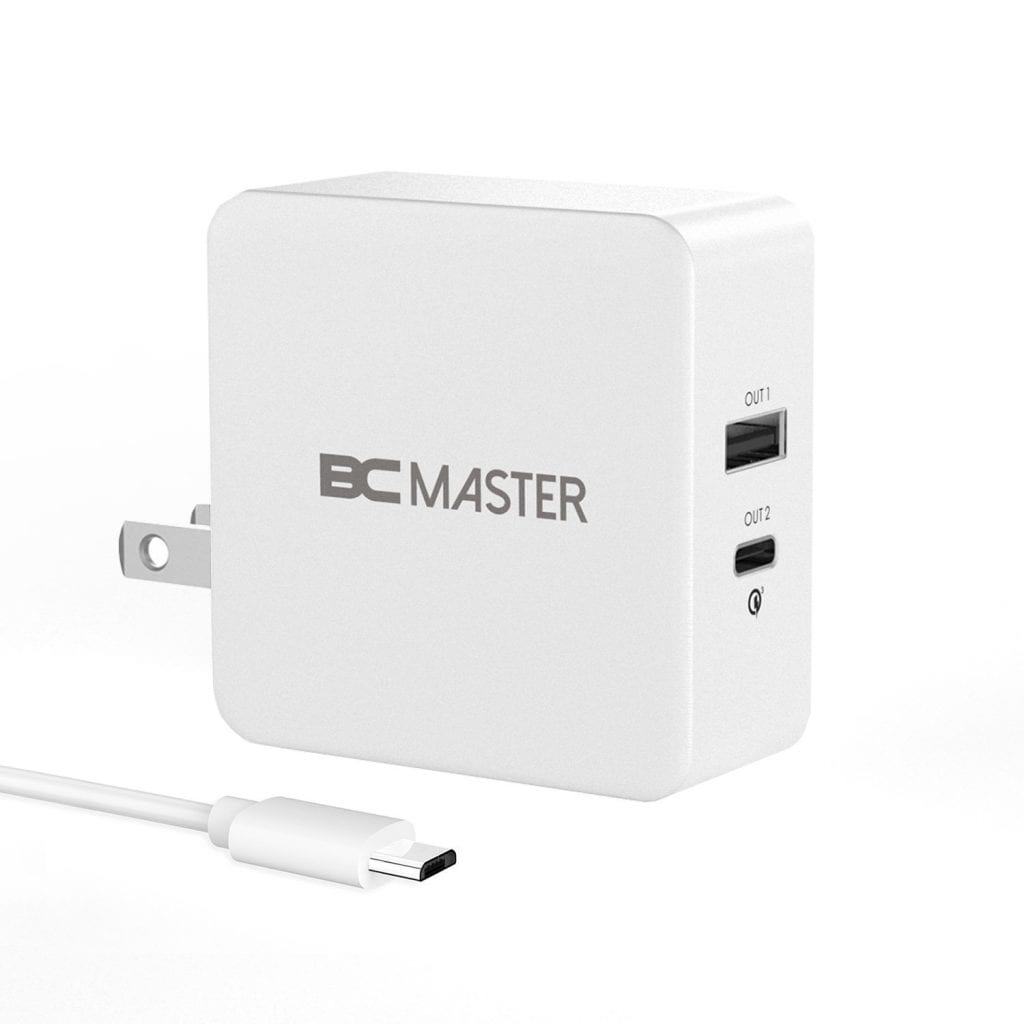 The BC Master is cute. As USB Wall chargers go, it almost seems friendly. Perhaps, that’s just by comparison. A good number of USB chargers seem to be designed directionally, which is to say vaguely oblong shapes that run a gamut from lite brutalism to H.R. Geiger by way of Crate and Barrel. This charger looks more like it’s designed for casual, mobile use. The power cord for my laptop, the wall chargers for my phone and iPad, for the most part, have moved maybe once or twice since I first plugged them in more than a year ago, but in the couple days I’ve been using this, it’s been moved around a lot.

(Even the packaging for this charger is cute. When I opened the box it came in, it wasn’t just nestled in the cardboard, it actually popped up. The packaging had been assembled so that when the box opened, the charger ‘blossomed’ as opposed to simply sitting and waiting to be removed.)

Of course, it is possible that this movement is tied to the fact that I just got this charger that means I’m dragging it all over. There’s certainly that. But it also fits in my shoulder bag much more easily than the wall charger I got with my iPad. Which surprised me, because, by approximate volume, they’re pretty much the same. However, the BC Master wall charger is flatter, with less rounded edges. It’s much less like carrying an enormous ball of lip balm and more like an actually accessory for a versatile piece of electronic equipment. I like that it packs efficiently; it is always nice to worry less that using something you like could cause it to wear out more quickly than it otherwise might.

BC Master Wall Charger Ahead

None of this is what BC Master actually considers it’s primary selling point, by the way. This is just my surprise at having such a strong reaction to how a wall charger looked, which I’ve always considered purely utilitarian items. What BC Master actually thinks of as the main selling device is how quickly its charger works. According to the company, this USB Charger works up to seventy-five percent faster than regular chargers. Which is pretty amazing, and, perhaps, naturally something to be skeptical about. I’m not even sure how that would work. Its manual lists this as ‘Quick Charge 2.0 Technology’, which may, or may not, mean anything.

Of course, it might work extremely well. While charging my iPad with this device, I glanced away from it seemingly about a minute and when I looked back, the power had jumped from 33% to 42% much faster than I would have anticipated. When charging my iPod, it took about an hour-fifteen to go from 20% to 100%, but in the interest of disclosure, I don’t actually know how long it typically takes to charge.

Overall, you could do a whole lot worse than this charger, but you also might not necessarily need it. If you’re satisfied with the charger that came with your device, that’s great. But if you weren’t, this would be a pretty good product to look into.