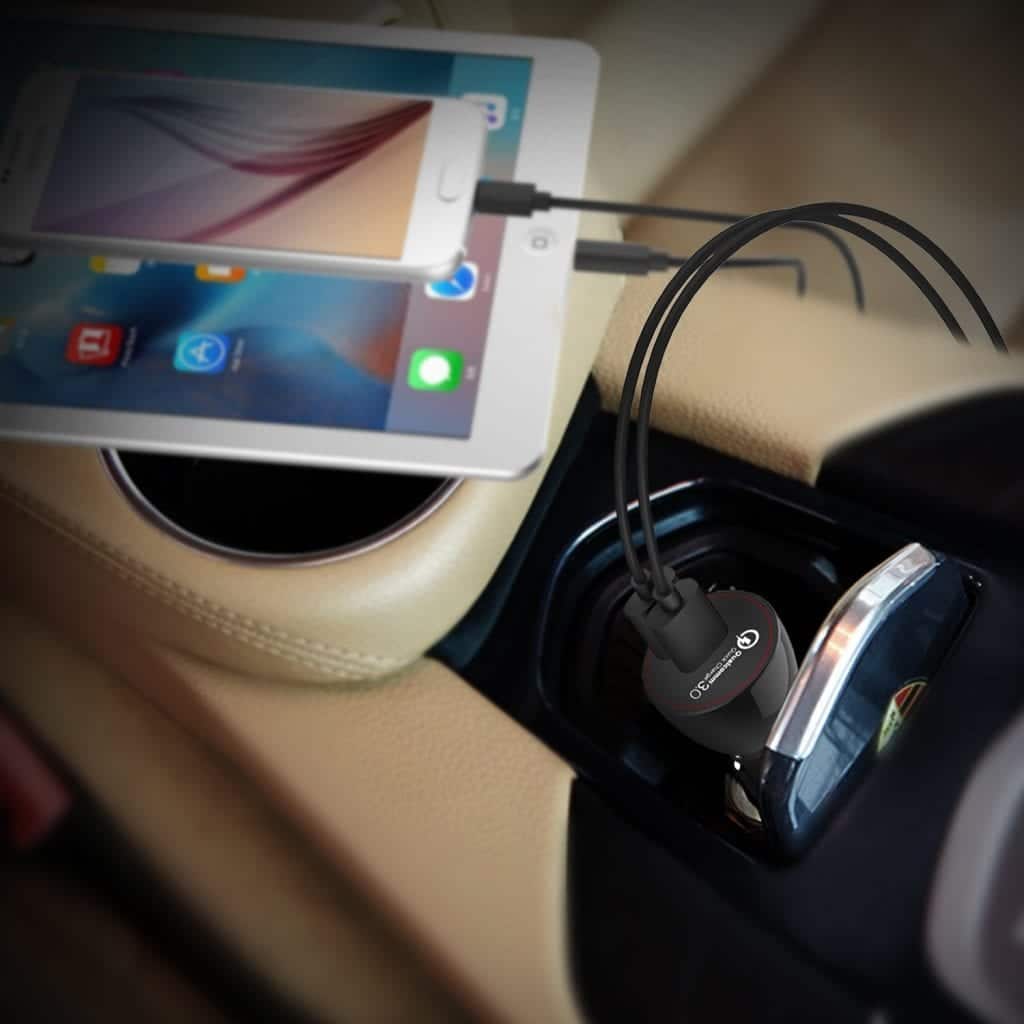 The BC Car Charger boasts a ‘super charge’, that lets you quickly charge up your phone on a five minute drive to Starbucks and back. Needless to say, it doesn’t super work. Having used the charger multiple times, I can say, with relative certainty that the supercharge is the ten to fifteen percent boost your device will display within a few minutes of plugging in. If you’re going to duck out of the office for some mid-afternoon Starbucks in lieu of taking a lunch (or setting a timer and taking a nap in your car), it might seem exciting to see the battery on your phone fill up, but it’s just going to be back in the red by the end of the day. It might be back to where it was not even an hour later, but that mostly seems to depend on how old what you’re charging is.

I have no idea how this feature works. I’m not a mechanical engineer and the idea that the BC Car Charger tricks your device, somehow, into thinking it’s more charged than it actually is through some sort of connectivity sorcery seems ludicrous to me. I’m sure that this boost, whether or not it’s effective (and this does come with the caveat that my devices are a couple years old, so maybe this is sort of on my end), is related to a special coating or type of wiring inside the charger, but I’m not sure what it is. I’m not even entirely sure that the ‘super charge’ isn’t simply a psychological marketing tool, and that the charger works at a normal rate and users perceive how it works differently because they have been primed to interpret the results in this manner.

But, working under the assumption that it does work, and that all of these problems are my fault somehow, it works well enough. If you have a longer commute, the charger will work better; charging a device for a longer length of time will charge it more is reasonably circuitious, but also true. It isn’t an essentially car charger, but it is competent, which does matter. However, it is in your best interest not to be taken in by promises of charging your phone or other devises faster than ever. Even if it’s a completely legitimate technology, relying on something that promises to save you at the very last minute is generally a risky move.

If aesthetics matter to you, it’s a pretty cute devices. All lot of adapters and chargers are kind of ugly, a strange interpretation of utilitarian design principles, but the BC Car Charger is pretty alright. It’s downright pleasant, if you’re into that sort of thing.

Overall, I wouldn’t necessarily caution you against buying this, but I would encourage you to shop around and see if you can find a better deal. If you can’t, or don’t have the patience, this is unlikely to disappoint contientious users.